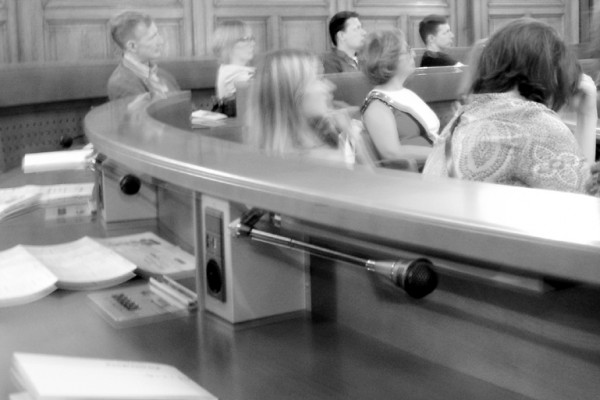 The presence of non-national EU citizens in Member states of the EU has grown significantly in recent years, and of course Graz is also affected by this. Most of the EU-citizens in Graz come from Central and East European countries (Germany, Croatia, Romania, Hungary); due to the economic situation a substantial increase in the flows from southern Member States have been registered.

In several Member States these flows have led to a significant increase in the number of non-national EU citizens who are entitled to vote: in 2012, there were 1,050,000 EU citizens in Italy, 757,000 in Spain and 106,000 in Austria. Concerning Graz there are approximately 22,000 eligible voters at the moment. Although in the three named project-partner countries no statistic material concerning eligible voters and the usage of their right to vote exist some inquiries suggest that the engagement within or outside of political parties is not very high. Detailed results of the analysis which was done in the predecessor project „Operation Vote“ show the barriers on the way to political participation:

On the basis of these results the project “Participation matters” aimes at fostering and increasing the political participation of non-national EU-citizens in Austria by including all relevant stakeholders. Specific aims are:

Partizipation matters! – the Brochure on opportunities for civic and political participation of mobile EU citizens in Austria for Download in the following languages:
German / English / Croatian / Romanian / Hungarian / Polish

Co-funded by the Rights, Equality and Citizenship (REC)
Programme of the European Union

← Aging with a Future in Mürztal
Recognition! 2016 – Project for an easier recognition of international qualifications →